The goal was to have everything done in four years and I just knew that I could never catch up. Of course, I was considering continuing on at my own pace.  Then I saw a Tula Pink City Sampler quilt on Pinterest with the Trellis sashing and I knew it was the perfect thing to do with my blocks.  I came up with a design to use the exact number of blocks that I had completed.  But, once I started playing with a color scheme it became obvious that I had too many green and red blocks.  So I did end up making a few more blocks, 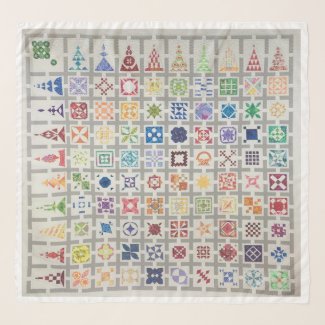